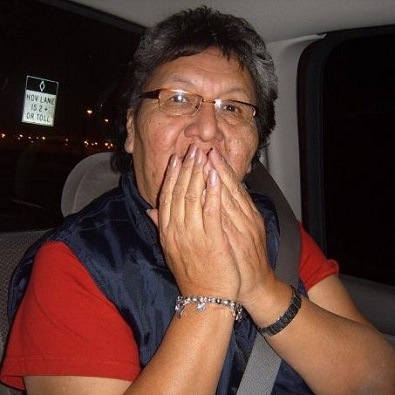 The community of Carry the Kettle First Nation is mourning the loss of someone many have described as a kokum and auntie to everyone.

Several people have taken to social media to pour out their love and admiration for Lynda Francis, who tragically passed away after a car accident earlier this week.

Many described Francs is a “beautiful soul” and a “pillar of the community.” She sat on several boards on the reserve.

“My Aunt Lynda Francis touched the lives of many,” wrote Nellie Iron Quill on her Facebook page. “She always took the time to take to you, encourage you and inspire you — going to miss her dearly.”

The 69-year-old passed away after a single vehicle accident south of Aylesbury on Monday afternoon. The 66-year-old male driver was transported to hospital as well.

The RCMP continue to investigate the collision.