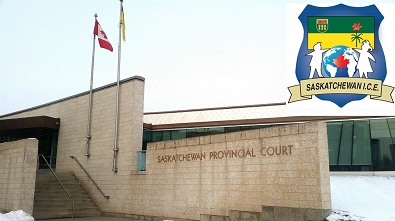 He’s charged with making and distributing child pornography as well as two counts each of sexual assault and sexual interference.

These acts allegedly occurred on both Sturgeon Lake and James Smith First Nation. Lambie said the investigation started after a complaint came in on Oct. 20.

ICE is a joint effort by investigators with the RCMP, Regina Police, Saskatoon Police, and Prince Albert Police. According to an ICE new release, “their mandate is to investigate crimes involving the abuse and/or exploitation of children on the Internet.”

Many people were in court Monday morning waiting through delays in getting to Sanderson’s case.

The bail hearing is set for Thursday.