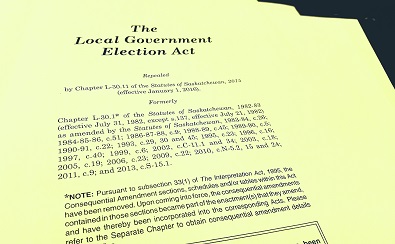 Results from Wednesday night’s municipal elections continue to trickle in for northern Saskatchewan.

There are a few communities where the torch is being passed; some by choice and others by defeat.

In the town of La Ronge, Ron Woytowich has been elected as mayor, replacing Thomas Sierzycki, who did not seek another term.

The final count in Buffalo Narrows shows that only six votes separated the three contenders for mayor. There, Estelle Laliberte was not seeking reelection. Bobby Woods had been mayor before her, and is now back in office.

The final count shows that in the mayor’s race, Woods received 199 votes, only three more than Sandy Ericson. The final candidate Candice Evans had three less than that.

So far, the village office says that no one has contacted them to call for a recount.

Other northern villages are staying the course with longtime mayors.

The urgency of getting election results that you saw in big centres is a little lacking in many communities. For example, Sandy Bay won’t be making its results public until Friday.

Despite that, a number of posts on Facebook show that community members all over the north have a political appetite, with many people staying up late impatiently awaiting results.