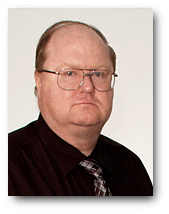 La Ronge’s town election was a bit of a blast from the past for newly elected mayor Ron Woytowich.

On Wednesday, he was up against former council member and friend Joe Hordyski in the race for mayor. Woytowich won by only seven votes.

Woytowich remembers a similar matchup years ago when he was on council and running for mayor against Hordyski. Back then, Hordyski took the most votes.

All other former council members and former mayor Thomas Sierzycki, except for Hordyski, opted not to run at all this election.

Woytowich says the vote split between himself and Hordyski shows that residents are conflicted.

“Deep down inside we’ve known for a while that the people are asking for a change. (The vote split) proves that not everyone wants full change and then people have different reasons for wanting a different council,” he said.

Woytowich said he was so busy working as executive director at the Kikinahk Friendship Centre that he didn’t do much campaigning. He says it’s possible what he did say resonated with people.

“There were issues in our communities, there still are. People were upset about everything from the way the snow was handled in the ditches to the water bills, and I think that kind of brought that expectation of something being done about it in some way. And maybe the fact that I said I would bring that to the table right away – depending on who was elected to council –  maybe that had something to do with it, I don’t know,” he said.

There are echoes of those concerns in those who were elected to council, he added.

Woytowich said with a fresh slate of mayor and council, it will take some time to get operational.

However, he has been in a similar situation with a health board in the past and knows that he’ll need to temper expectations.

La Ronge’s mayor position has always been viewed as part time, and Woytowich said he’ll be using his multi-tasking skills as he stays on at the Friendship Centre.