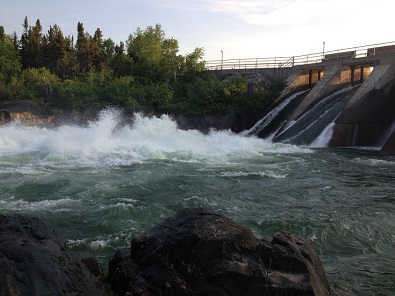 The Peter Ballantyne Cree Nation has suffered a legal setback in its fight for compensation for lands that flooded decades ago.

The band was suing Ottawa, the province, SaskPower, Hudson Bay Mining and Smelting and the Churchill River Power Corporation for flooding of its Southend reserve caused by the construction of dams on the Reindeer River.

The Saskatchewan Court of Appeal has dismissed most of an appeal of a lower court ruling that sided with the defendants.

However, the appeal court says the evidence supports the claim of the Cree Nation that there is a continuing trespass by the Province of Saskatchewan and SaskPower.

The court is permitting that aspect of the claim to proceed.

In the ruling, Justice Herauf acknowledges that flooding on the reserve is well known. This dates back to the early 1980s when PBCN “communicated its view that the Southend Reserve was being unlawfully flooded to Churchill River Power and the Minister Responsible for SaskPower via letters first sent by Chief Joe Custer” and a lawyer, Herauf wrote.

The argument made by SaskPower in the trespassing issue was that PBCN “gave irrevocable consent to the construction of the dam” is one that Herauf said must be tried.

Thus, the trespassing arguments will be heard at the Court of Queen’s Bench. If damages are to be issued, they will only be permitted for the period of one year prior to the initial claim, which came in December of 2003.