Saskatoon leases land to Wanuskewin in support of pursuit of U.N. designation 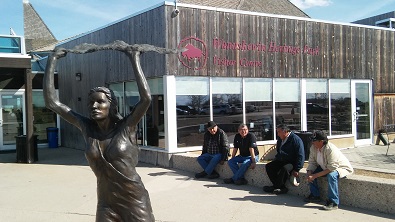 The City of Saskatoon is throwing its support behind Wanuskewin’s quest to become a World Heritage site.

On Wednesday, Saskatoon and Wanuskewin entered a land lease deal, where the heritage site will lease some city-owned land adjacent to the park for 99 years at $1 a year. The land is 152 hectares in size.

The Heritage Park is seeking a UNESCO designation as a World Heritage site and an increase in land base was some of the criteria the park needed to meet.

“The City of Saskatoon recognizes the significance of Wanuskewin’s revitalization vision and the benefits the development will bring to the city, the region, and our entire province,” said City Manager, Murray Totlan in a media release.

Wanuskewin is currently undertaking a renewal project, which includes renovating and expanding the facility, expanding the art gallery and adding green space.

“Wanuskewin is excited to embark on this journey and we are grateful to the City of Saskatoon, which has committed to helping us achieve our remarkable vision,” said Wanuskewin CEO Dana Soonias, in a media release.

The renewal project would also see the return of a small herd of plains bison to the region.