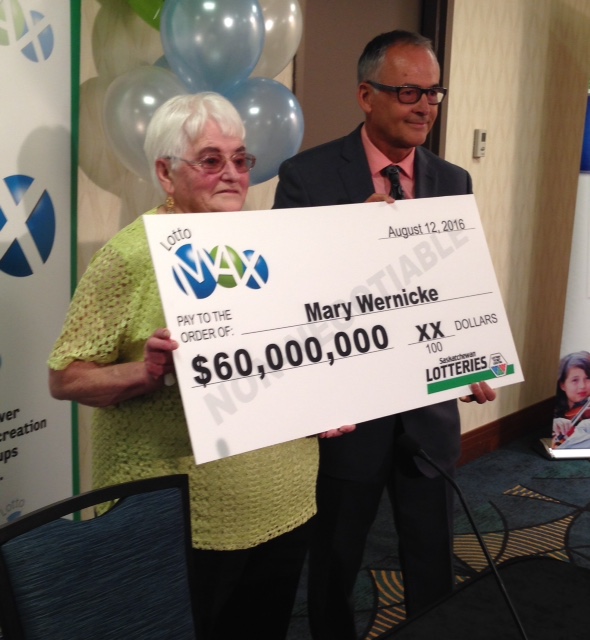 The winner of of the largest lottery prize in Saskatchewan’s history came forward today to collect her 60 million dollar windfall during an official cheque presentation at a downtown Regina hotel.

Mary Wernicke is from the small town of Neville about 50 kilometres south of Swift Current. Her family still farms in the area and was with her during the official news conference where she accepted the cheque.

She says she has got some thinking to do.

“I’ve got to sleep on a lot of things.” she said. “Going home and having a rest is number one.”

Her son, Fred was out combining when he heard the news. He says it couldn’t have happened to a better person.

Wernicke bought her August 12th Lotto Max ticket at the Pharmasave in Swift Current. She used the last five dollars in her purse to buy it, she said, “ I thought to myself if I’m meant to win, that’s all it is going to take.”

A few of them were with her when she arrived in Regina in a big white stretch limousine. She says it was nice, but could use a little more headroom so people can move around.