Mine worker recovering after wolf attack 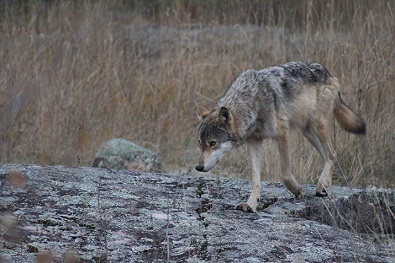 Some restrictions on workers taking walks are now in place at the Cigar Lake Uranium Mine site.

Cameco officials took the action after a contract worker was attacked by a wolf.

The incident happened early Monday morning while the worker was on a lunch break.

The man, 26, was flown to a Saskatoon hospital and is expected to make a full recovery.

Cameco spokesperson Rob Gereghty says northern workers are given instructions on how to deal with wild animals.

“They are also educated on ensuring there is no litter, that waste food products are never left around so that animals don’t become accustomed to the food and they also understand the consequences of feeding animals,” he said.

Gereghty says the company has already taken steps to ensure wild animals do not have access to waste food, which is either burned or buried in a landfill.

“Our landfill is actually surrounded by two fences. One is a very large bear fence, the second is an electrified fence.”

Conservation Officers from the Ministry of the Environment were brought to the mine site later on Monday.

It is not known what will be done about the wolf.