Beauval off to early start in fall municipal elections, as it acclaims new mayor 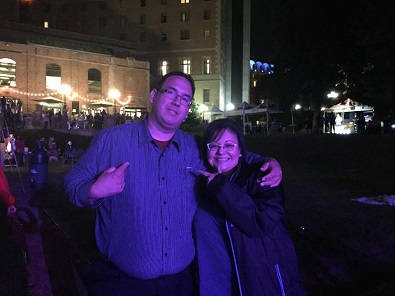 Municipalities across Saskatchewan are gearing up for fall elections, but one northern Village has already found its mayor.

Beauval has declared Nick Daigneault as its new mayor by acclamation.

Daigneault said he didn’t really decide to run for mayor, instead some community members had asked him if he was interested. He was on the fence, thinking that the current mayor might want to run again, but uncertainty in the community led Daigneault to throw his hat in the ring just last week.

Daigneault had expected to start campaigning soon, so to be acclaimed so quickly caught him off guard.

“I’m still letting my mind absorb all this. I was expecting a whole campaigning and debates and the whole nine yards. And this is like ‘what? It’s already by acclamation?’ So I’m just letting it sink in,” he said.

His acclamation was especially surprising because he was in Saskatoon for the World Indigenous Business Forum when people started congratulating him by text before he’d officially been told he would become mayor.

Daigneault worked with the Keewatin Development Corporation in La Ronge before coming back to Beauval. He returned partly because it’s home, partly because of the landscape, and mostly, for the people.

“A lot of musical talent that came out of there, a lot of musical festivals that used to happen in the past, the jamborees, and there’s just a lot of characters from there,” he said.

He’ll be resigning from that position once they do swearing in, and whether he’ll find a new job or focus solely on being mayor is still being decided.

Beauval is along the road that leads to Pinehouse and other northern communities, making its businesses a hub for many areas, Daigneault said. Economic growth will be a main priority for Daigneault, but a big question is rebuilding the arena that burnt down quite a few years ago.

“We need to move that plan forward for sure and even if it’s not built in my short term in office I’d like to see some progess made so that if somebody else gets elected after me they can carry the torch,” he said.

Most elections in the province aren’t happening until the mandated day of October 26. However, northern municipalities have different options to stagger elections.