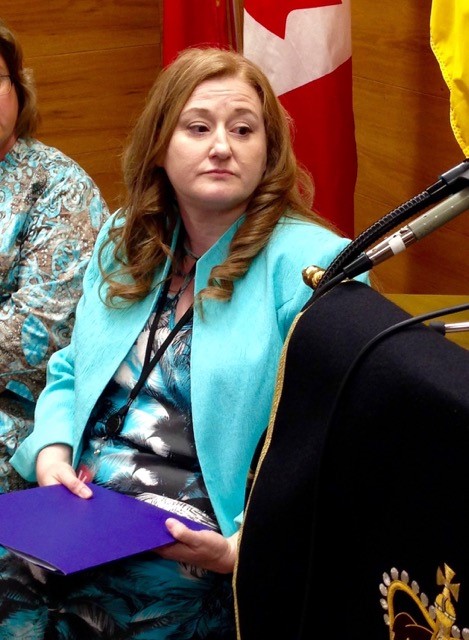 It was an emotional scene at RCMP headquarters in Regina today when the family of a missing Yorkton teen made an impassioned plea for her to come home. 17-year-old Mekayla Bali was last seen on April 12th in Yorkton.

RCMP have followed up dozens of leads and have a pretty good idea what she was doing on the the last day she was seen, but since then, there has been nothing.

No social media postings, no phone calls, no use of bank cards, nothing. It has been excruciating for the family. Mekayla’s little sister hugged a teddy bear as the girls mother Paula stood in front of the media and read a prepared statement, often choking back tears.

“And I am scared for you, that feeling of not knowing if you are alright is beyond suffering,” she said. “It is unspeakable pain and worry.”

Paula Bali says it is totally out of character for Mekayla to do this. RCMP inspector, Jennifer Ebert says police need more information from someone. She says there is nothing to indicate Mekayla has been harmed, but the longer the investigation goes, the greater the worry.

“It is very concerning to us as investigators and to Mekayla’s family that on Tuesday it will be three months and we have no idea where she is,” she said.

The family has set up a web page called: www.bringmekaylabalihome.com. Anyone who has  information is asked to call RCMP. If you want to remain anonymous you can contact Crime Stoppers at 1-800-222-8477.