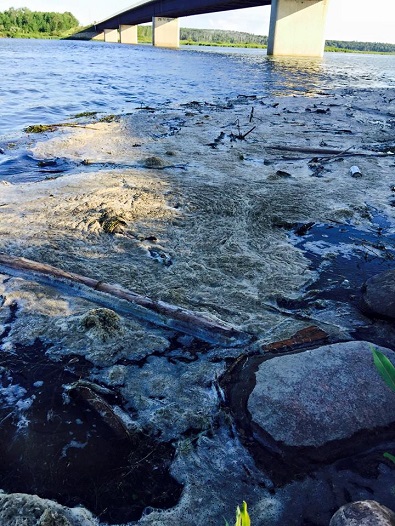 The province’s director of emergency management expects all communities in central Saskatchewan facing a water crisis will have water flowing again this weekend.

Duane McKay says temporary measures, including makeshift pipelines and trucked in water, should restore service — even to rural residents.

“We would anticipate that water will be flowing back into those homes in that rural utility fairly quickly,” he said. “This will be under a boil water advisory because the system has been depressurized, and it has to be flushed and tested before it can be certified as potable drinking water.”

Reservoirs are also full at the Muskoday First Nation. Two temporary pipelines in Prince Albert are expected to be running today or tomorrow, while North Battleford is completing a hook up to the Battleford water supply.

Meantime, the cleanup continues on the North Saskatchewan River where a pipeline rupture dumped more than 200,000 litres of heavy oil into the river on July 21. The ruptured pipeline was installed back in 1997. A new pipeline has since been built under the river.

Saskatchewan Environment spokesman Wes Kotyk says the 23-kilometre section was not subject to an environmental impact assessment because it was not necessary.

“The regulations are in place to provide that protection for the drinking water,” he said. “There are requirements for reporting, and for clean up if there are impacts, and for the design of those pipelines.”

But that explanation doesn’t sit well with Prince Albert mayor Greg Dionne, given the magnitude of what has happened.

“They better reconsider their position,” he says. “Because at the end of the day, one of the questions that I’ve been asked that I can’t answer — and maybe that expansion would have asked — is: ‘Who would allow the pipeline to be that close to the river?’. That’s one of the questions, of course, I’m getting from the general public. But, unfortunately, as municipal leaders, we can’t answer that question because that wasn’t our decision. So I’m quite sure, once this event is over, that will be some of the questions that are asked in the review.”

There is still no indication when the water will be safe to drink.

“The city is very well aware that this is a short-term solution,” he says. “We know, like the mayor said, that within 100 days it’s going to be snowing in this city. Temporarily, this is going to do it. And we need to find something innovative and use the specialist that’s coming tomorrow and any other resources we might have to ensure that when we start to bring water in from that intake line, it’s not going to compromise our water treatment plant and that we will be able to provide safe, potable water to our citizens.”