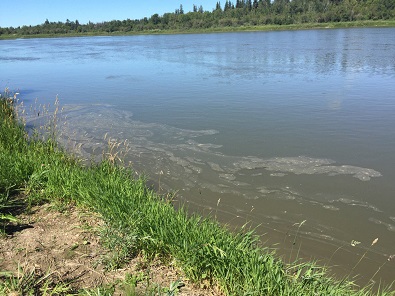 The oil slick making its way down the North Saskatchewan River is starting to thin out, but it is leaving a lot of damage in its wake.

This morning, government officials provided an update, but no one can say how long the damage will last, or when the water will be safe to drink.

The spill of more than 200,000 litres of heavy oil has now travelled 500 kilometres downstream, and there are unconfirmed reports of an oil sheen being spotted at Codette Lake near Nipawin.

But there is some good news today as well, North Battleford will be tapping into the Battleford’s water supply to supplement its system.

Prince Albert is in the process of completing two temporary water pipelines, which includes a 30 kilometre line to the South Saskatchewan River.

Meanwhile, the boil water advisory in Melfort has ended after tests confirmed water being taken from an old reservoir is safe.

On the Muskoday First Nation, neighboring communities and First Nations are helping supply water. Additionally, Husky is bringing in water by truck from Wakaw.