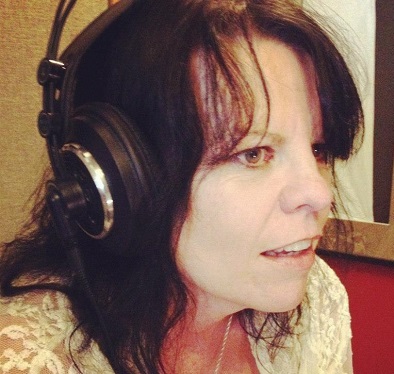 A woman who killed a family of four while driving drunk was handed a 10 year sentence at a Saskatoon courtroom Wednesday afternoon.

On January 3rd of this year Catherine McKay’s SUV slammed into the side of a vehicle carrying the Van deVorst family at the intersection of Highway 11 and Wanuskewin Road.

Jordan Van de Vorst, his wife Chanda and their two children, five-year-old Kamryn and two-year-old Miguirre died as a result of the collision.

At a sentencing hearing on Wednesday a courtroom heard the details that lead to that tragic event as well as hours of victim impact statements from family, friends, teachers and colleagues.

The Crown opened the sentencing hearing by detailing the actions of McKay before deciding to drive drunk. According to eye witness reports McKay had attended two separate bars in the city that night and was drinking heavily the entire time. McKay was eventually cut-off by staff at one establishment and ignored their requests to not drive home.

In testimony McKay provided to police she said she was attempting to drive home, but actually drove off in the wrong direction. The courtroom learned on Wednesday that McKay was driving with a blood alcohol level of nearly 3 times the legal limit.

While McKay was driving she blew through the intersection at Wanuskewin Road where the Van de Vorst family was travelling home from a night of visiting friends. According to an accident deconstructionist she crashed into the Van de Vorst’s vehicle at 105 km/hr. Several people in the courtroom were visibly emotional and shaken when hearing these details.

After laying out the details the proceedings became even more difficult for those in attendance as the Van de Vorst’s loved ones shared their victim impact statements. Many would share how this tragic night would impact the rest of their lives and how they were still dealing with the emotional trauma. Several in attendance were crying during each statement, including McKay cried the entire time.

One particularly heart wrenching statement was from the mother of Jordan Van de Vorst who said “I have been given 4 life sentences with no chance of parole.” A sentiment her husband echoed after the sentencing saying no sentence would ever feel adequate for the grief they are going through.

Catherine McKay also had a chance to speak. She spoke on the deep regret she had for taking away the lives of these 4 people. She spoke of her own son and his family and how she would feel if they were taken. McKay then pledged to use her story as a way to ensure this never happens again. Lou Van de Vorst (Jordan’s father) says he expected to hear McKay apologize and says he hopes she can change her life and make a difference.

At the end of the emotional afternoon crown and defense lawyers put forward a joint submission of a 10 year jail sentence for McKay. The judge agreed with the submission and McKay will begin serving her sentence immediately. She was credited for time served and will spend the remaining 9 years 2 months behind bars.

The judge and lawyers all said they hope the sentence will be a way to deter people from drinking and driving in the province. Saskatchewan has three times the rate of reported drunk driving as the rest of the country. Something the crown prosecutor called “embarrassing” while speaking on his submission.

Moments before handing down the sentence the judge named every victim in honour of their memory. He also added he has no doubt this will haunt McKay for the rest of her life.