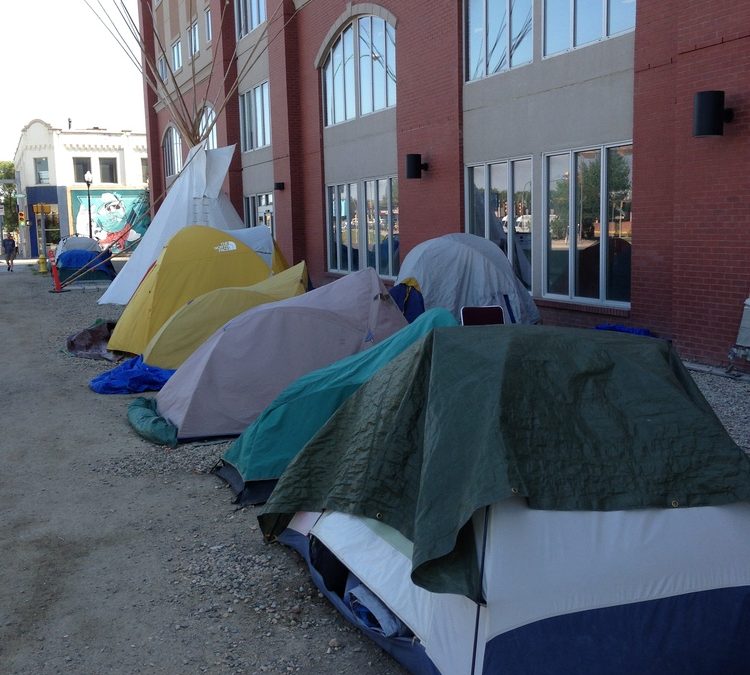 The Regina property owner tried to negotiate an end to the occupation this week saying he needed the tents to be removed so he could do some landscaping work in front of the building, but the “ Colonialism No More” group has refused.

The tent village sprung up in front of the Indigenous affairs office near downtown Regina on April 18th. A sign on one of the tents reads, “ 73 days and counting.”

There are about 15 tents including a large teepee. A Winnipeg man, who used to live in Regina, Prescott Demas has been there since the beginning.

“I believe that everything happens for a reason, I was walking by and I was drawn to this place.” He said.

Demas shares the belief that colonialism is still suppressing the aboriginal population and the federal government is not doing enough to deal with the mental health crisis facing many aboriginal youth. Demas says the Regina group is delivering a strong message.

“It’s ground zero”, he said. “You have to start someplace and this is going to be the focal point and wherever it goes from here, I hope I am part of that process.”

In April there were about a half a dozen protests at INAC offices across the country following a rash of suicide attempts on the Attawapiskat First Nation in Ontario.

While there are lots of tents still up in Regina, there are few people occupying them overnight. The group has managed to get a number of meetings with local INAC officials to discuss their concerns.

They have also had a couple of run-ins with the property manager over blocking access to the building, however, so far there has been no attempt to remove them.