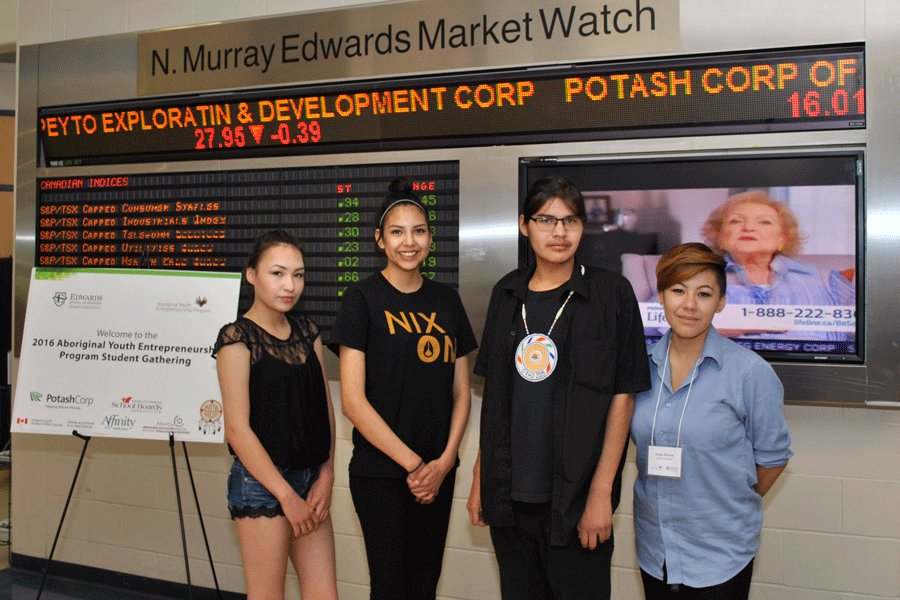 Aboriginal youth gathered at the University of Saskatchewan on Friday to kick-off the first ever Aboriginal Youth Entrepreneurship Program provincial gathering.

The youth from across the province will partake in several workshops and sessions throughout the two-day gathering to learn what it takes to be business leaders in the community.

AYEP Provincial Coordinator Yves Bousquet said he hopes the gathering with help these Aboriginal youth gain some confidence and potentially he hopes they will open their own businesses in the future.

“Aboriginal people are under represented in the business world and there are many great opportunites for them to create employment for themselves and others and create wealth and I think it is very important for them to have those opportunities,” said Bousquet

After Friday’s workshops a banquet will be held where 4 young Aboriginal entrepreneurs will be presenting their own business ideas.

Among the presenters is 20 year-old Dallas Billette from Dillon First Nation.

Her dream is to one day open a restaurant that features traditional First Nation cuisine with meat hunted in northern Saskatchewan as a feature dish.

Dallas said she was able to work out her idea from the guidance from her teachers in the entrepreneurship program.

Dallas said it has taken a lot of work to develop the idea, but she hopes to one day open her restaurant.

She is hoping the gathering in Saskatoon will provide her with more skills to develop her idea.

All the Youth participating in the event will be receiving high school credits they can use toward graduation.

This is something organizers say is vitally important.