‘I have decided that I need to put my family first;’ La Ronge Mayor Thomas Sierzycki not seeking reelection 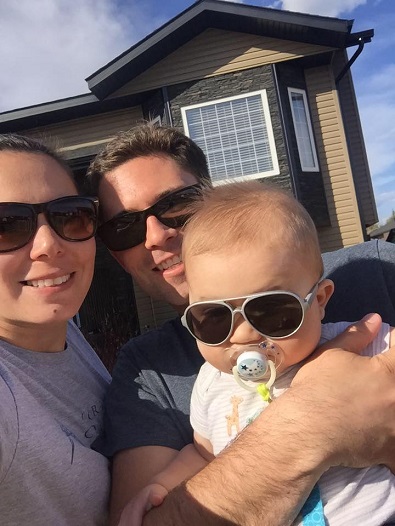 Politics is still in his blood, but family is first and foremost for La Ronge mayor Thomas Sierzycki.

After much though and discussion with his wife, he has decided he will not be running for mayor in the fall civic election.

“It’s a weird feeling because it’s the right decision, it’s a difficult decision. There’s a little bit of sad but a lot of happy. It’s one of those mixed emotions kind of things but at the end of the day I think it’s the right decision,” Sierzycki said when contacted soon after issuing a statement making the announcement on Tuesday morning.

Sierzycki took a run at provincial politics this spring, running for the Sask party, but he was soundly defeated by the NDP’s Doyle Vermette.

He said he is not done with politics yet.

“I think in the near future, politics will be back in my blood. There’s a saying that a politician once told me that once you get it in your blood, you never get it out.”

Sierzycki was first elected to Town Council in 2006, and in 2009 – at the age of 21 – was elected as mayor. He took a short hiatus while running in the provincial election.

Being involved in civic politics has been great honour, Sierzycki said, especially during some of the difficult times like last summer’s wildfires.

“It was a difficult time, and it was a trying time that I would never want to do again. However, having the opportunity to serve during a time like that really shows you the good nature of people and … that you can make a difference by being in office,” he said.

For now, the 28-year-old plans to take it easy and enjoy a quiet summer with his family. Sierzycki is not worried about job prospects. He has a Bachelor of Education degree, a Master’s degree in Northern Governance, and for the last six years he has been community vitality coordinator for Cameco and Areva.

He is not sending out resumes just yet, but he is keeping his options open.

In a public statement, Sierzycki extended a thank you to his community for their hard work, which he said has laid the foundation for a strong future in La Ronge.

“Serving the people of La Ronge has been one of the greatest honours of my life, he wrote.