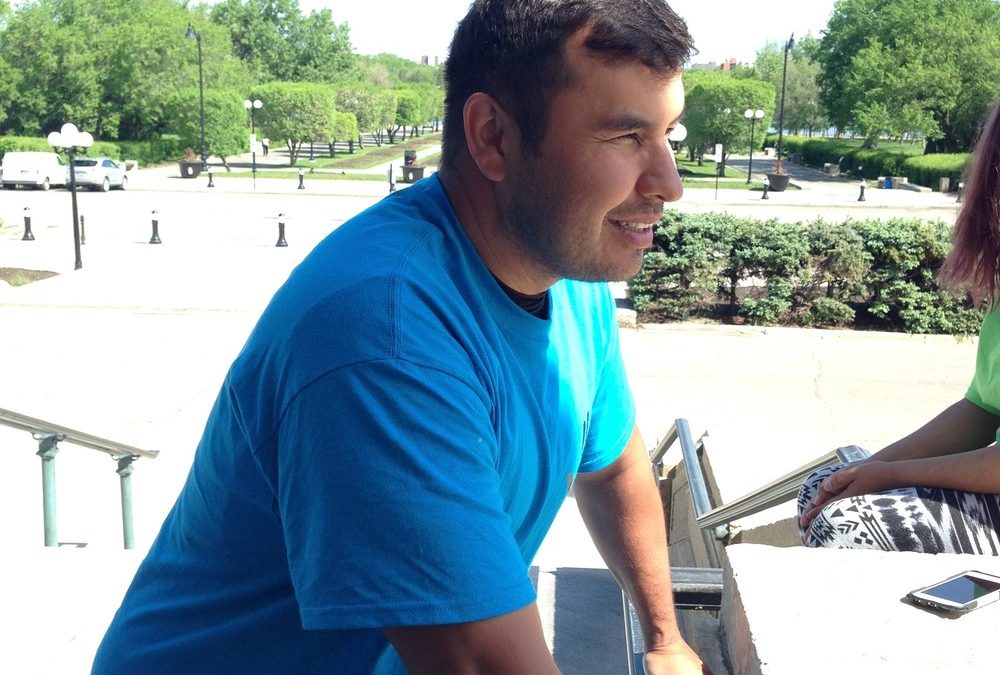 A Prince Albert man is on a marathon mission to raise awareness about domestic abuse.

Conrad Burns, 38, arrived in Regina Friday as part of his cross-Canada walk. He says he is being well-received, but his fundraising campaign has fallen a little flat.

Burns arrived at the Saskatchewan legislative building during the noon hour after walking from La Ronge. He plans to put a total of 7,400 kilometers on his running shoes, arriving in Victoria in mid- August.

It’s a personal mission for him. He has been in two abusive relationships where he was the victim. In both cases he left.

He says it takes a lot of guts to do that and usually a number of attempts, but he says it is the right thing to do because the abuse will just get worse.

“It escalates, it just gets worse and worse because the abuser realizes you are going to take it and they really have less and less respect for you,” he said. “So leave an abusive relationship – if not for you, for your children. Let them know that abuse, even among family members, is not acceptable.”

Burns said he is hoping to raise $25,000 for women’s shelters and to raise awareness about abuse, which affects about one in four women and one in six men.

So far he has managed to raise only about $500. He is optimistic the campaign will pick up.

“I love to give back to the communities as I go through them, unfortunately it’s not going very well,” he said. “I am hoping as we get more and more momentum as we cross this country we are going to raise more money because in my community the woman’s shelter helps about 1,000 women a year, but at the same time is turning away about 1,000 women.”

The Saskatchewan walk is bit of a detour from his national campaign. From Regina, Burns will fly to Ottawa to pick up where he left off after beginning his walk in St Johns on April 1. He expects to arrive in Victoria by the middle of August.

After that he will focus his efforts on running for mayor in the city of Prince Albert.

Burns has a gofund me campaign entitled, “Rise up against violence”