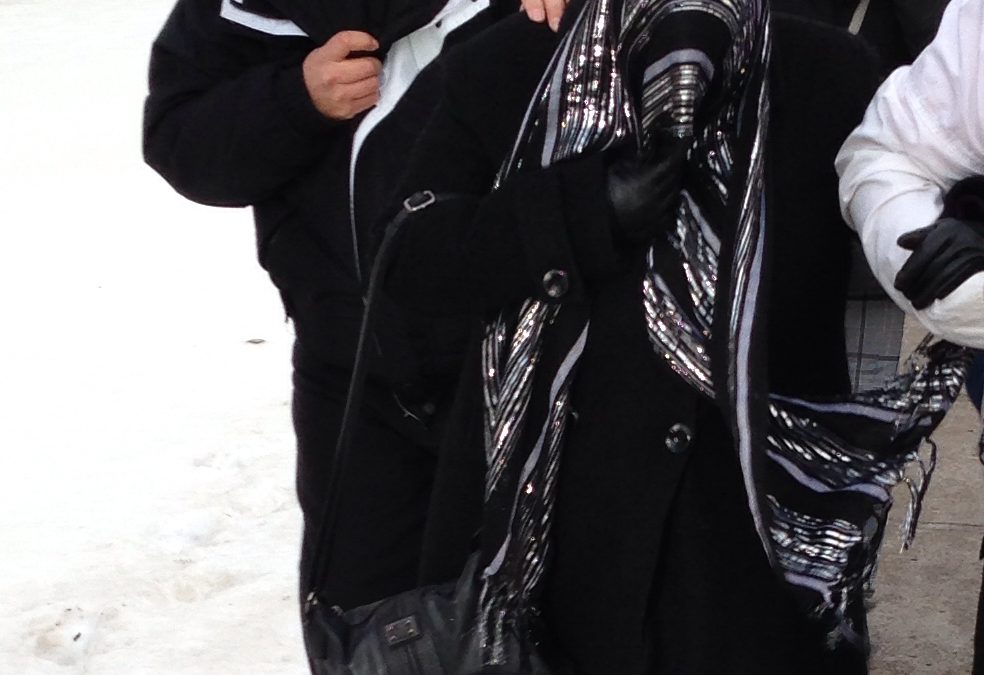 Tammy and Kevin Goforth arrive at court in Regina this morning.  Photo by Manfred Joehnck.

It was a difficult day on the witness stand for Tammy Goforth.

She is charged with starving a four-year-old girl to death, and causing serious harm to the girl’s two-year-old sister.

This morning, she told her Regina trial she never intended to kill or harm the girls.  She also said she was delighted when she was named guardian of the children in November, 2011 because she always wanted to have girls.

Her testimony wrapped up this afternoon with the prosecutor asking some tough questions.

Senior prosecutor Kim Jones wanted to know why Goforth never took the girls to the doctor or dentist when they were experiencing health problems.  She told the trial it was because she didn’t have health cards for them so the visits would not be covered.  She also admitted she made no real effort to get the health cards even though the girls were under her care for nine months.

Jones said, “I am going to suggest to you, you never took them to see a doctor because you didn’t care.”  Goforth responded, “I did care.”

Both girls had to be rushed to hospital on August 1, 2012, suffering severe malnutrition and dehydration.

The four-year-old weighed just 23 lbs.  She was in cardiac arrest and was declared brain dead a couple of days later.  The two-year-old recovered.

Goforth admitted she taped mittens to the hands of the girls to prevent them scratching themselves.  She also testified there were eating problems. She says the girls would eat too much, too fast and would throw up.

When Jones showed her a number of photos depicting various injuries to the girls, Goforth responded: “I don’t remember seeing that injury”.

She also repeated several times she never restrained the girls, never confined the girls and never intended to cause them any harm.

Goforth’s husband, Kevin, will be the final witness.  He takes the stand on Monday.  Both are facing charges of second-degree murder and causing unlawful harm.

The trial began January 18.  It is expected to be in the hands of the jury by about the middle of next week.  The process will not be easy because there are two accused, each facing two charges, so the jury will have to reach four verdicts.

This has been a tension-filled trial.  There have been outbursts in the courtroom and in the hallway.  Two people, a man and a woman, were ejected from the courthouse on Thursday.  They have been banned from returning.

The Goforths are going to extreme measures to avoid being photographed, and on at least three occasions, their supporters have got into minor pushing matches with members of the media trying to get a photo of the couple.  There was another such incident this morning.

There has been tight security at the trial.  In addition to about a half dozen sheriff’s deputies, at least two members of the Regina Police Service are attending the trial.

Anyone entering the building is also forced to go through a metal detector and screening similar to an airport.