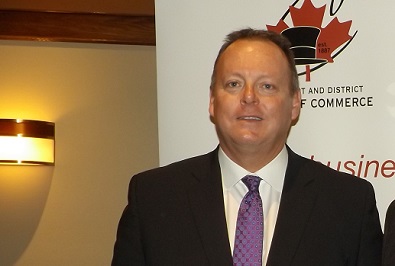 Saskatchewan’s finance minister may have been under fire with the mid-year budget coming out on Monday, but earlier this month he put another MLA in the spotlight with some criticism of his own.

“Thomas, it’s on the record that Doyle Vermette voted against the Long Term Care home in La Ronge…people in that community need to ask him why?”

Doherty clarified that statement on Friday, saying Doyle Vermette is on the record for this because he voted against a budget that devoted $500,000 in planning dollars towards such a facility.

Vermette says some of his constituency members gave him a heads up about the Facebook post. It isn’t settling well with Vermette, who calls the post “dirty politics.”

“People have made me aware of that so that was kind of good that I saw the Facebook post. I questioned it myself, I was actually very upset. It’s like, you know, this is dirty politics but if that’s what they want to play, then that’s their decision as a minister or as a person wanting to post that.”

He points to his own track record on advocating for long-term care in the north since 2008: organizing petitions, meeting with community members, and banding together with the northern health region.

“I have worked with the leadership, worked with individuals, families who have come here into my office and approached me saying ‘Doyle we gotta, it’s wrong, we have to show respect, dignity to our seniors and we have to keep them home with the language, the culture,” Vermette said.

But Doherty says when Vermette voted against the provincial budget, it made a statement, and that he posted his comment on Facebook because people in the constituency deserve to know the record of their MLA.

The NDP is calling that claim ridiculous. Vermette says a budget is taken as a whole, not in parts, and he voted against it because there’s not enough infrastructure money going back into northern Saskatchewan.

“They could have announced, with record revenues, a facility. Instead we got, they’re slow walking again, having $500,000 for planning, there’s still no facility,” he said.

Vermette said the dollars that are being devoted to planning for the care home is the result of “the good work that many people who signed the petitions, many family members, many people are putting pressure on this government, saying enough’s enough.”

Vermette is also collecting signatures on a petition for a long-term care facility in Denare Beach and area.

This debate is sure to continue as Saskatchewan heads into a spring election.