Votes to be recounted in Desnethe-Missinippi Churchill River 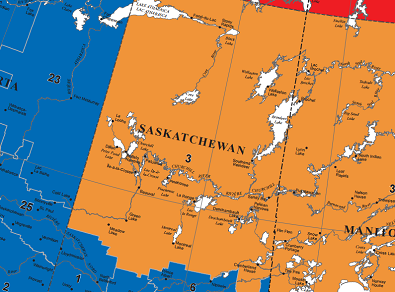 It’s official: there will be a judicial recount of federal election votes in northern Saskatchewan.

On Wednesday, Liberal candidate Lawrence Joseph’s campaign manager confirmed they filed a request for a recount in Desnethe-Missinippi Churchill River.

On Friday, Elections Canada confirms they’re granting that request, with the recount beginning on Monday.

Joseph lost to the NDP’s Georgina Jolibois by 71 votes.

Elections Canada originally reported that 70 votes separated the two – but the validated results show they were one off.

The northern Saskatchewan riding was the second-closest race of the election.

Joseph had previously brought up concerns about reported ballot shortages in certain areas – including his home reserve.

Joseph has said the issue is that some voters left without casting a ballot.

Elections Canada is disputing those claims.

Overall, Elections Canada has ordered six judicial recounts, one of which is in Regina-Lewvan. In that riding, the NDP’s Erin Weir won by 132 votes.

Results from one recount have already rolled in from an Alberta riding. Between Thursday and Friday, the Court of Queen’s Bench judge who performed the Alberta recount had a 13-vote discrepancy from the validated results.

– With files from Kelly Provost and Manfred Joehnck