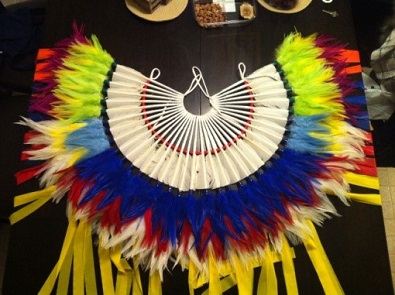 The first comes from Prince Albert Police. They’re seeking information of Hackle Bustles that were stolen from the Thanksgiving Powwow on Oct. 11.

Secondly, Beauval RCMP are reporting a bizarre interaction with a person who was home alone and two thieves.

RCMP say over the course of two hours – starting at 3 a.m. on Friday – the victim’s home was entered three different times.

The first time, two men were involved. One man was tall, skinny, and wearing a grey hoodie. The second is described as short, heavier, and wearing black clothes.

They stole an undisclosed amount of money and left moose meat behind in exchange.

The second time a man came in wearing a mask and spoke – incomprehensively – to the victim.