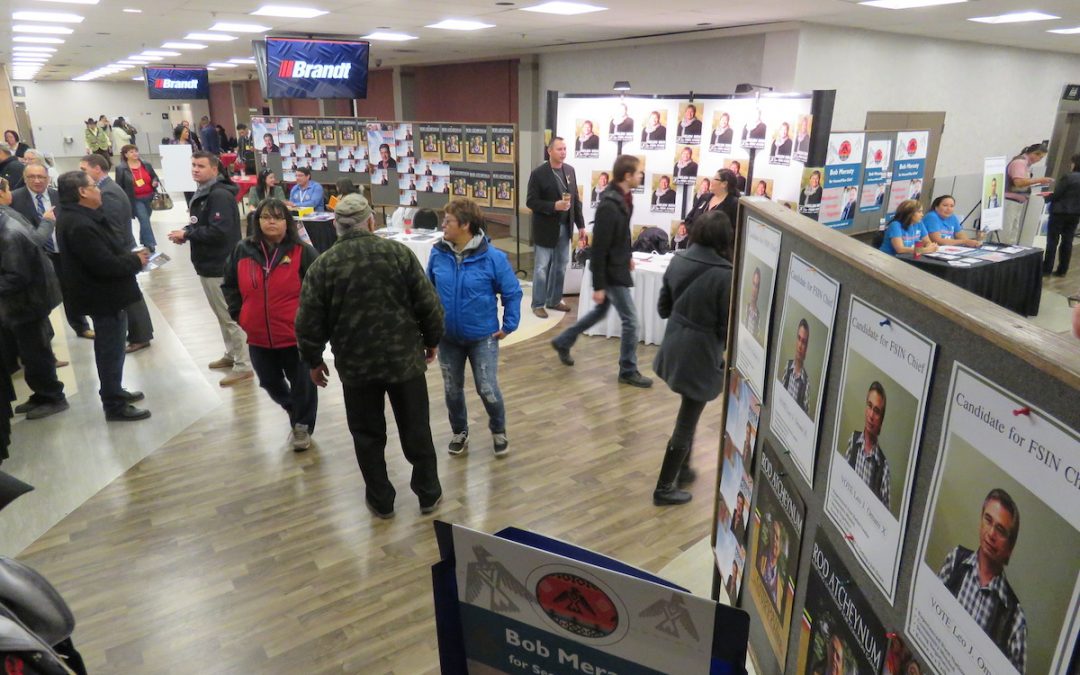 The candidates seeking political office with the Federation of Saskatchewan Indian Nations made their final public pitches to gain support from hundreds of Chiefs, band councilors and delegates during the assembly’s candidate’s forum.

The three candidates running for Chief include Helen Ben from the Makwa Saihagien First Nation, Leo Omani from the Wahpeton Dakota First Nation and Bobby Cameron from the Witchekan Lake First Nation.

Omani was up next and talked about the message he had on his campaign literature.

“The federal and provincial government’s must now deal with us nation-to-nation and that was on September 29,” said Omani. “I took the big political risk, and who would ever know on October 19 that newly elected Prime Minister of Canada would say ‘I will deal with First Nations on a nation-to nation basis’, it was I who took that risk for you.”

Bobby Cameron took the podium next delivering a consistent message of living, breathing and dying for treaty.

Guy Lonechild expressed the most emotion of all the candidates during his speech for the Office of the Second Vice Chief.

“I never forget what happened to myself and to ourselves that day when we decided to part ways,” said the former FSIN Chief. “I am sorry, to each and everyone of you, this is my opportunity to say that. It’s my opportunity to apologize and to try to rectify the situation we have.”

Lonechild resigned in September of 2011 after pleading guilty to drinking and driving but not before settling on an undisclosed financial package with the FSIN.

The candidate from the Sweet Grass First Nation, Rod Atcheynum, talked about the deplorable housing conditions that exist on First Nation communities.

“I was raised on the reserve, I know the housing issues,” said Atcheynum. “Three to four families in one house. Where else in Canada does this go on other than on-reserve. How can we raise families, how can we raise healthy children.”