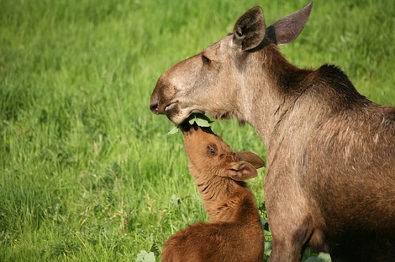 The moose hunting season is in full swing across the north and it appears it will be another good year for hunters.

Moose numbers are strong and the wildfires of the summer are not expected to cause a major disruption, since many burned areas are already growing back.

One exception may be with this year’s moose calves, said Saskatchewan Environment Wildlife Biologist Rob Tether.

“The incidence of additional mortality on calf moose and of course on the young of the year was higher due to the extreme fire conditions, the smoke. So young animals were disoriented and I think that some of them succumbed more to the fires than they would in normal years,” Tether explained.

Tether says another positive factor is that the number of ticks appears to be down this year.

“This year we actually expect a lower tick issue and that’s because of last winter with the cold, ticks do not survive well in the extreme cold, the tick load is significantly lower.”

Tether says the success rate for moose hunters in the areas north of La Ronge is quite low, at about 30 per cent.

That compares to a success rate of 75 to 80 per cent in the southern farmland region of the province.