Recommendations in for Saskatchewan’s anti-poverty strategy 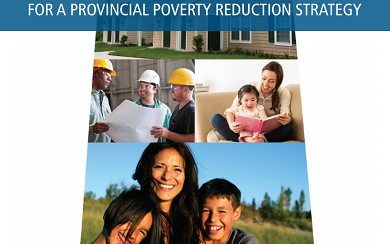 The province will sift through ideas to reduce poverty in Saskatchewan, now that it’s received recommendations from an advisory group.

The government, led by Social Services Minister Donna Harpauer, will consider the input, which focuses on six key priority areas, in its future Poverty Reduction Strategy.

Plans to create the Poverty Reduction Strategy were first made public in last year’s Throne Speech by Premier Brad Wall, and the 11-member advisory group was announced in December.

On Monday, Harpauer stated the strategy should be ready before the end of the year, and that it will contain “our government’s commitment to actions.”

In April the Advisory Group on Poverty Reduction (AGPR), comprised of six community members and five representatives from government, sought public input from people sharing their stories and perspectives on poverty.

The group’s recommendations will be used to formulate the strategy in six areas.

These areas are: income security; housing and homelessness; early childhood development; education and training; employment; and health and food security.

Many of those topics directly addressed obstacles for aboriginal people that lead to poverty, and addressed solutions that could be implemented in the strategy.

For example, one recommendation is for the province to “partner with First Nations and invest in education on-reserve to help achieve the same graduation rates as young people off-reserve.”

Officials say the recommendations build on other major initiatives related to poverty reduction.

Those initiatives include the Mental Health and Addictions Action Plan, the Saskatchewan Disability Strategy, and the Joint Task Force on Improving Education and Employment Outcomes for First Nations and Metis People.

“On behalf of the AGPR, I would like to thank Minister Harpauer for the opportunity to advise government as to how we can all work together to best meet the needs of those experiencing poverty in our province,” AGPR Community Co-chair Alison Robertson said.  “We urge government to act quickly, as we know that addressing poverty as soon as possible will translate into better outcomes for people and families, and ultimately for the province as a whole.”

The Poverty Reduction Strategy will be meant to guide Saskatchewan’s actions until 2020.

The NDP criticized the government for failing to provide a timeline on when it will move from recommendations to actions.

“Too often, this government announces that a report has been received, then puts the report on a shelf to collect dust and doesn’t take meaningful action on the recommendations,” NDP social services critic David Forbes said in a news release.