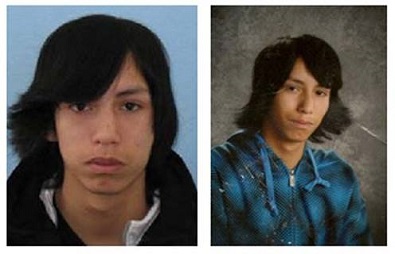 Four years after a teen went missing on a first nation near Lestock, his family continues to search for him.

Cody Ridge Wolfe was 17, and last seen in May of 2011 walking from his grandmother’s to a friend’s place on the Muskowekwan First Nation.

The first year he went missing, his family would search for him almost weekly, said his aunt Myrna LaPlante.

The searches have become bi-annual now.

“We welcome some new searchers and fresh energies. You know, after these four years, everybody’s tired, we’re somewhat weary but you know what, we just keep on going,” LaPlante said.

The searches are often emotional for the family, although they don’t always want to express what they’re feeling, she said.

“We’re always hopeful that we might find some evidence that might take us to where Cody is,” LaPlante said. “Of course, it’s always disappointing when we can’t find any evidence.”

She said they haven’t received too many new updates from the RCMP in recent years. The most notable item is that Wolfe’s cell phone last sent a text at 1:20 a.m.

He had been trying to find the friend’s place, since he hadn’t been there before.

The focus of the search remains an area of road that had been washed out at the time.

“His last known location was on a road that was washed out. And he had been trying to get around the slough that covered the road to the location that he was trying to find,” LaPlante said.

That area was about three kilometres north of Lestock, she said.

His family says they’re just as committed now, heading into their fifth year, as they were back then.

The RCMP and canine officers will be helping in this weekend’s search.

The search will take place on Saturday and Sunday at the Muskowekwan  First Nation Band Hall in Lestock.