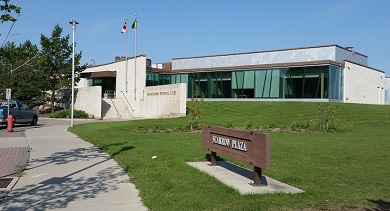 The branch of lawyers that represents people who can’t afford legal services is letting go of a high-profile case out of Prince Albert.

Leslie Black pleaded guilty to attempted murder against Marlene Bird earlier this year. She had to have two legs amputated and was badly burned in the July 2014 attack in Prince Albert’s downtown.

Between that Prince Albert Provincial Court appearance and Tuesday’s, the director of legal aid reviewed Black’s legal files and decided the office would not financially cover the cost of hiring out a private lawyer for Black.

Legal aid, which is government-funded, issued a notice of denial to Black by courier. However, he didn’t receive it and viewed that notice for the first time at his Tuesday court date.

This information was shared by a legal aid agent who spoke to court about the next steps for Black.

In a soft-spoken manner, Black told the judge he plans to appeal the denial.

It’s expected the process of filing that appeal and legal aid’s review will take three weeks.

If denied, Black can apply for court-appointed council.

He’s scheduled to return to court on September 15.