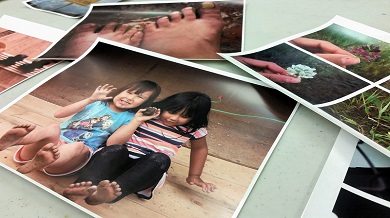 An art exhibit at a Prince Albert gallery is displaying work from a project that helps indigenous youths express themselves.

“Sometimes children can take a camera and they can show you how they live,” said Aleyna May Morin, artistic and cultural leader for the Northern Indigenous Media Art Project.

The results of workshops held in La Ronge, Muskoday First Nation, and Prince Albert held this summer will be on display at the Mann Art Gallery for a month, with the exhibit’s opening set for 7 p.m. on Thursday.

Morin started the project last year in an effort to teach children and teens how to use a wide range of photography and video equipment, and to help them capture images within their own community.

“With the whole photography aspect we teach them analog and digital. So we go to the old school where their roots are. I think that’s a huge part in growing is understanding the roots,” she said.

One of Morin’s inspirations was a series of photos of Sucker River elders her great-uncle Floyd had taken and hung in the band hall.

The project consisted of several-day workshops in different communities, each of which started and ended with a prayer. The group also offered tobacco to elders who participated.

“It all comes down to land and where you are. All these projects we’ve done we’ve always connected with the cultural component,” Morin said.

The groups of five to seven youths at each community’s workshop may seem small, but the impact is much larger than that.

“The kids were really wanting to continue and keep on doing it and telling their friends and their families. So I’m really excited that they got this far and we actually did it this year,” she said.

The children enjoyed taking photos and video with the equipment provided by a number of partners this year, but they gravitated towards the Go Pro – which includes a head mount – for action shots.

They practiced interviewing with video cameras that PAVED Arts out of Saskatoon lent for the project, and the kids were able to use cameras and take them home through a partnership with University of Saskatchewan’s Sustainable Education Research Institute.

“It’s good to let them use it but you need to make sure you teach them how and that they’re being respectful with things,” Morin said.

They didn’t have any issues with equipment. Morin is an education student, and said what she valued from each workshop was seeing the kids bond and grow, even if they started off “really timid and really shy.

One of her aims with the project is to “inspire youth to not give up, because being in an isolated community there’s little to do but when you have visitors and people come in with equipment, it can be a powerful thing.”

She said she sees the project as a healing process for aboriginal youths, who face significant struggles, to look at the roots of cultural issues.