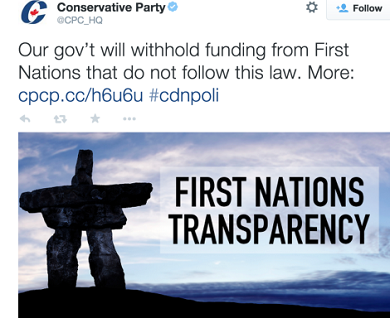 Time is running out for dozens of Saskatchewan First Nations who will face funding cuts next week unless they get their paperwork done for the First Nations Federal Financial Transparency Act.

The deadline to file was actually the end of July, but Ottawa won’t start withholding non-essential funding until September 1, which is next Tuesday.

As of noon Thursday, 30 of Saskatchewan’s 70 First Nations had still not filed; that represents a non-compliance rate of 43 per cent. Three  of them are repeat offenders, failing to file for two years in a row.

They include the Thunderchild First Nation, Ochapowace and the Onion Lake Cree Nation. Onion Lake is challenging the law in court. The case was heard in Saskatoon federal court last week where the federal government is attempting to force eight First Nations to comply with the law. The judge has reserved his decision.

The Transparency Act requires reserves to file their financial statements, including salaries and expenses, on the Aboriginal and Northern Affairs Canada website where they can be viewed by anyone who has an interest.

Chiefs and councilors are tax free.