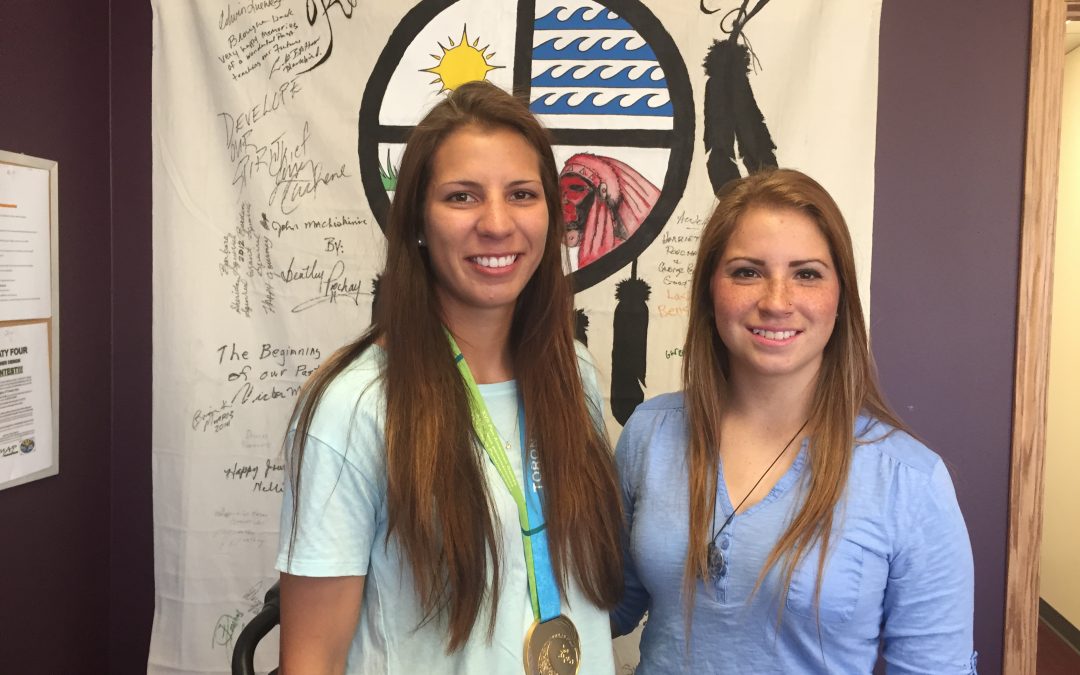 A member of the Yellow Quill First Nation came home from the Pan Am Games with a gold medal.

Twenty-one-year-old Megan Gurski, who is normally a pitcher, was a designated hitter on Canada’s women’s softball team.

The Dalmeny resident says she will never forget that final out in Canada’s 4-2 win over the United States to win gold.

“They had a chance at coming back with one swing of the bat,” she says. “But once we got that last out, big relief and we just started running out there and screaming and it was just so awesome.”

The United States was undefeated in the tournament until Canada’s victory in the gold medal game. The Americans had also won gold in the last seven editions of the Games.

Gurski says playing the gold medal final in their home country was a huge boost.

“It was exhilarating,” she says. “We all just felt that we needed to feed off that energy of the fans. And they were just behind us 100 per cent. And just having that home crowd definitely was an advantage for us.”