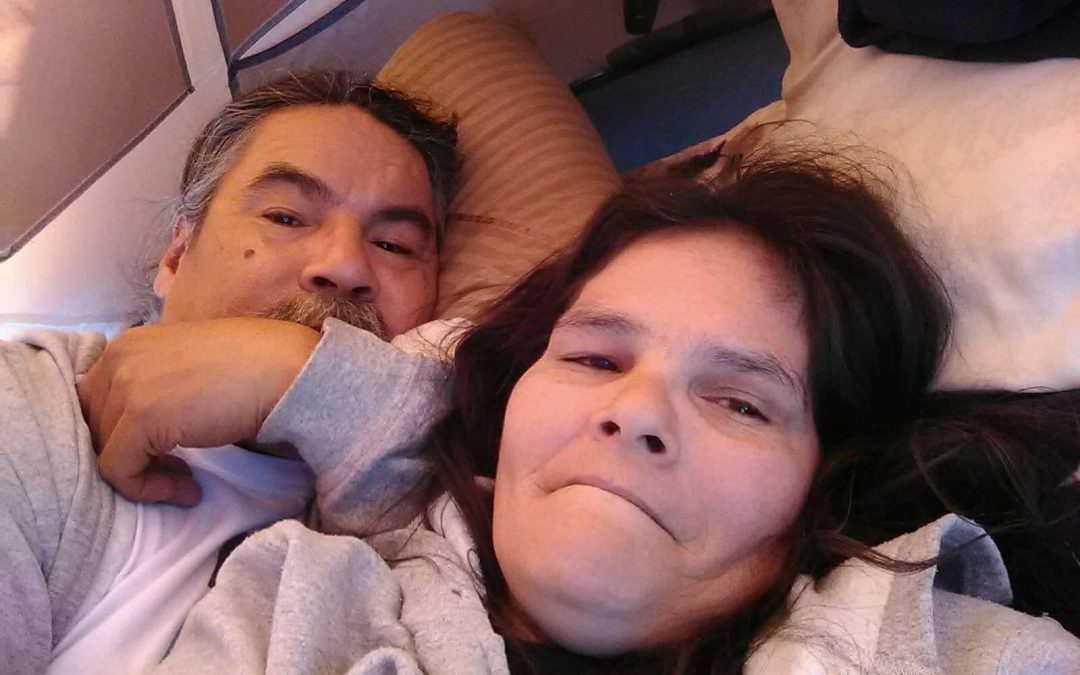 Search and rescue in Hall Lake is looking for a missing couple.

David Crane, volunteer coordinator with search and rescue in Hall Lake said he received a call Wednesday morning about the missing couple.

Crane said the family has not heard from the couple since they texted a family member to let them know they were on their way returning from Prince Albert. The couple were hitch hiking to get home.

Bear is described as being five feet seven inches tall, with a husky build. He is believed to be wearing a bunny hug, blue jeans and running shoes as well as a green hat. Meanwhile Head is described as being around five feet four inches tall with a slim build. She is believed to be wearing a white jacket, bunny hug and blue jeans.

“It’s just unlikely for them to be away without contacting the family,” said Crane.

Crane added there have been reported sightings of the couple in the Waskesiu area and he has been working with RCMP to follow up on those leads. Crane explained the search is also being helped by search and rescue workers from Montreal Lake Cree Nation who are searching the area around the First Nation.

“So far we have them, plus RCMP that are actively searching for these two people,” he said.